ANSI escape codes. Race conditions in PNG parsing. Digital COVID-19 vaccination records. De-noising audio files and the NATO phonetic alphabet. The only thing linking all of them? A race to solve a CTF challenge and get the flag.

This past weekend I had a lot of fun participating in SekaiCTF 2022. This post will dive into a particular problem our team found interesting and were quick to solve (we were the 5th solve out of 800+ teams that participated and 12 eventual solves for this question).

As the name implies, Matryoshka (матрёшка) refers to Russian nesting dolls. In the context of CTFs, this probably was hinting at the multi-layered nature of the problem, an appreciated nudge since we are pressed for time during competitions.

We were given two PNG files and the following bullet points.

This proved intriguing, since the screenshots appeared to show all that was necessary—the code, example run and what potentially could be the flag or next step. We see what appears to be VS Code windows with a dark, high-contrast theme on, Python code and colored text in a terminal, presumably generated from the same code.

The first bullet point refers to the fact that adding another bit to a string doubles the number of possible messages that could be conveyed. In this case, there are 8 color and 16 possibilities for terminal colors that would use 3 and 4 bits respectively.

The second bullet point I recognized as a possible reference to a phenomenon I saw on Hacker News 9 months ago, where the way that Apple software implemented PNG parsing had a race condition that could be exploited to cause PNG images to render differently than they would on other platforms. Though, no signs of that quite yet.

This resource was very helpful while brushing up on the ever-so-niche ANSI escape codes that have cryptic syntax.

Of course, I immediately transcribed the code, changed VS Code’s color settings and replicated the output. I chose to stick with the Matryoshka-Lite image because no foreground was being set and so I would only have to sample one color, and changed the smiley face to a dot.

The Japanese sentence あなたと私でランデブー？(You and me, rendezvous?) also provided a sanity check that the code was executing correctly. Being somewhat of a hobby linguist, I noticed immediately that the character ？ was the FULLWIDTH QUESTION MARK character which is used in East Asian languages. This was important in making sure that the outputs matched exactly.

Cryptography wise, this was a relief. It’s immediately evident that this is a mere block cipher. To walk through an example, consider what happens when we start with the string fl. First we convert the scalar values (not bytes!) into binary numbers and leftpad them with zeroes.

Next we join the strings then take blocks l and h of size 4 each time. We check if the first digit is a 0 or 1 and adjust the value accordingly and add the remaining bits to either 40 or 100. Observe that since the maximum value of the remaining bits is 7, we can easily reverse the process to go back to the original block. Adjacent blocks are also transposed as we go along which was a bit unusual but did not affect the reversing process. This is the algorithm I wrote:

From color to data

Now that I had the algorithm to decrypt the cipher, I looked at the image and had to decide how to go from the colors shown into the array of numbers to decode. Since CTFs are time-sensitive, I literally just used macOS’s Color Picker utility and keyboard shortcuts to go through the colored rectangles one by one and paste them into Emacs. It would be disastrous to miss or repeat a color, so I found some Emacs Lisp code that would highlight the hex colors in text-mode buffers for ease of viewing. 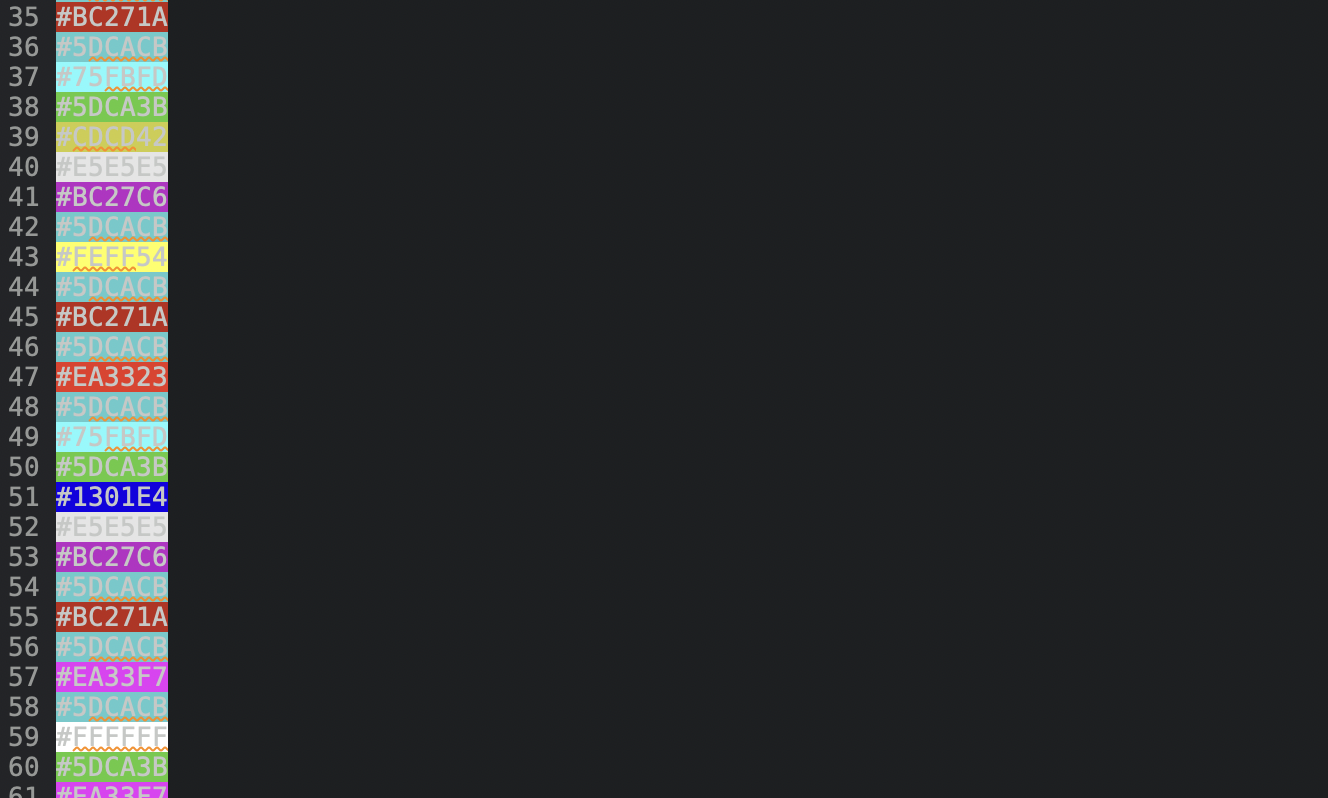 So now we have a list of hex colors. Then, a bit of Emacs-fu and visual cross-checks allowed me to obtain the list of numbers.

Decoding becomes a piece of cake. We obtain the URL https://matryoshka.sekai.team/-qLf-Aoaur8ZVqK4aFngYg.png, which is the following image: 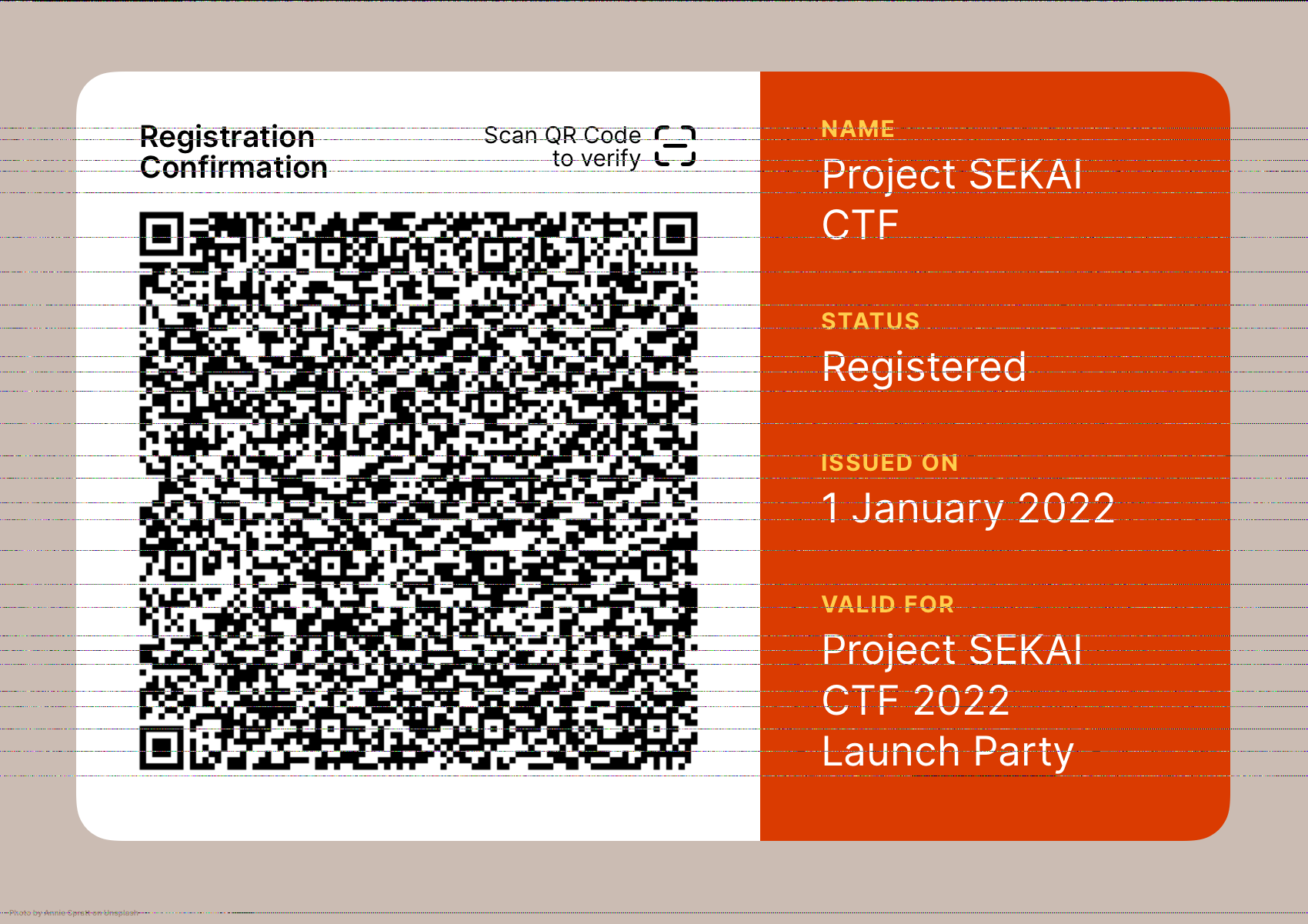 I encourage you to scan the QR code. Things were looking a bit duller at this point. What’s with the noisy lines across the image? We spent a few minutes trying to collect the lines together and discern patterns in it, but no dice.

Then I remembered the clue from earlier. Unfortunately (or fortunately), my macOS version is far too new to have the bug, and several teammates were using Windows laptops. However, Nisala hadn’t updated his Mac in a while, and we were pleasantly surprised when we saw Safari correctly incorrectly rendering the PNG: 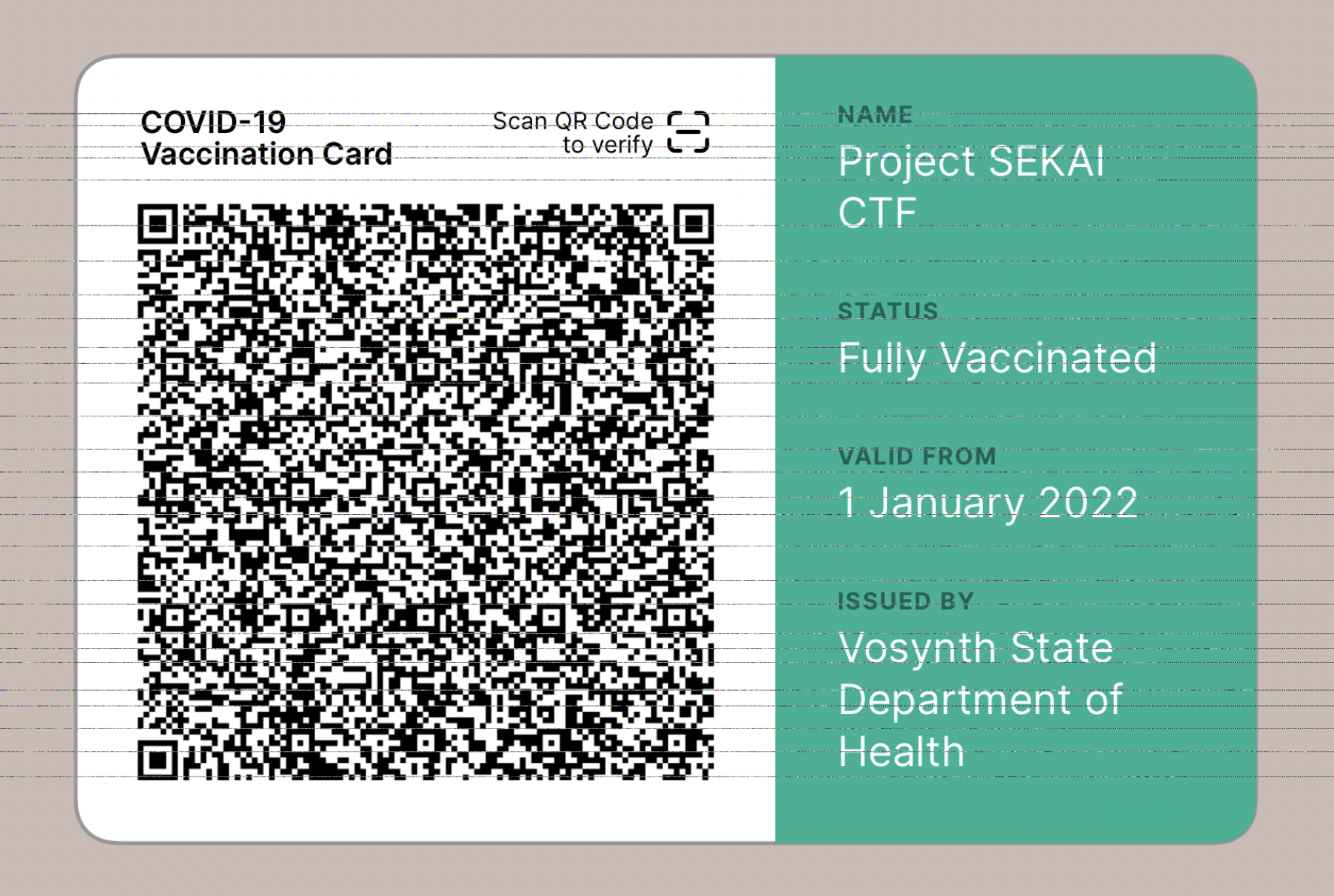 Bingo. Now when we scan the QR code, instead of a funny YouTube video we have this string:

Scanning it with my iPhone I saw that it was a COVID-19 vaccination record, but nothing really seemed out of the ordinary. Then Akash found a Smart Health Card parser where we pasted in the raw contents.

We spotted an unusual entry in the contact information for the patient—a base64 encoded string.

Onto the next stage!

All about that base

Let’s decode the base64.

Hm, an audio file (warning: loud noise). This was the most experimental of all the stages. At first it seemed like just noise but on closer listening we could faintly hear a human voice speak in regular intervals. It doesn’t show up on a spectrogram however:

Finding the signal in the noise

By now half of our team was listening to parts of the audio file and messing around with various audio settings such as equalization and noise reduction. To be clear, none of us are audio engineers by training so this was a do-what-feels-right kind of deal. Eventually, we found a website that did noise reduction and put the audio file through it 5 times, then, to our continual surprise (which was routine at this point), this is what we saw and heard:

Now the words were very clear. The words corresponded to the NATO phonetic alphabet and it was far easier to now transcribe the message, which was the flag, SEKAI{KandoRyoko5Five2Two4Four}.

The question was really well-designed, and was a refreshing format to see in a CTF competition which is often dominated by more traditional reverse engineering. I do want to highlight some things I thought were great to see:

I hope you enjoyed reading this post as I much as I enjoyed the process of working with my teammates and finding the flag!